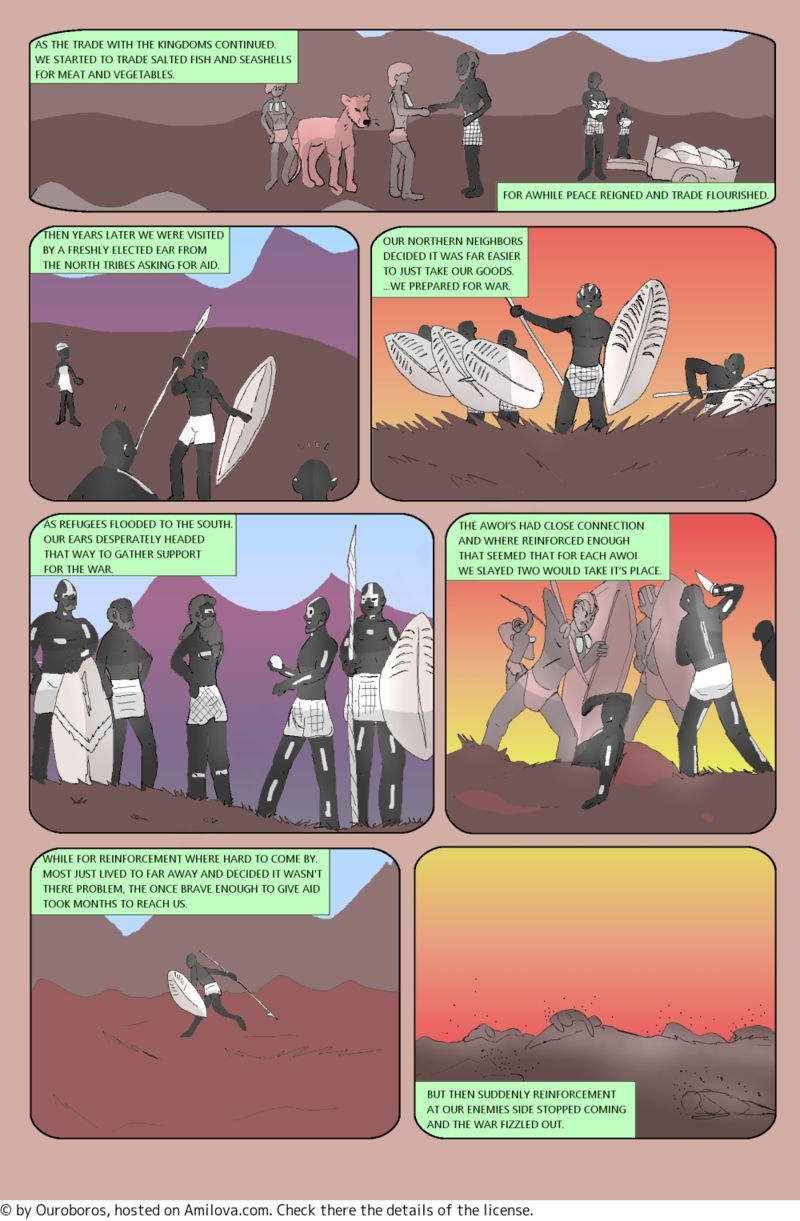 As the trade with the Kingdoms continued.
We started to trade salted fish and seashells for meat and vegetables.
For awhile peace reigned and trade flourished.
Then years later we where visited by a freshly elected ear from the north tribes asking for aid.
Our northern neighbors decided it was far easier to just take our goods.
...We prepared for War.
As refugees flooded to the south.
Our ears desperately headed that way to to gather support for the war.
The Awoi’s had close connection and where reinforced enough that seemed that for each Awoi we slayed two would take it’s place.
While for reinforcement where hard to come by.
Most just lived to far away and decided it wasn’t there problem, the once brave enough to give aid took months to reach us.
But then suddenly reinforcement at our enemies side stopped coming and the war fissiled out.
510 views
comments