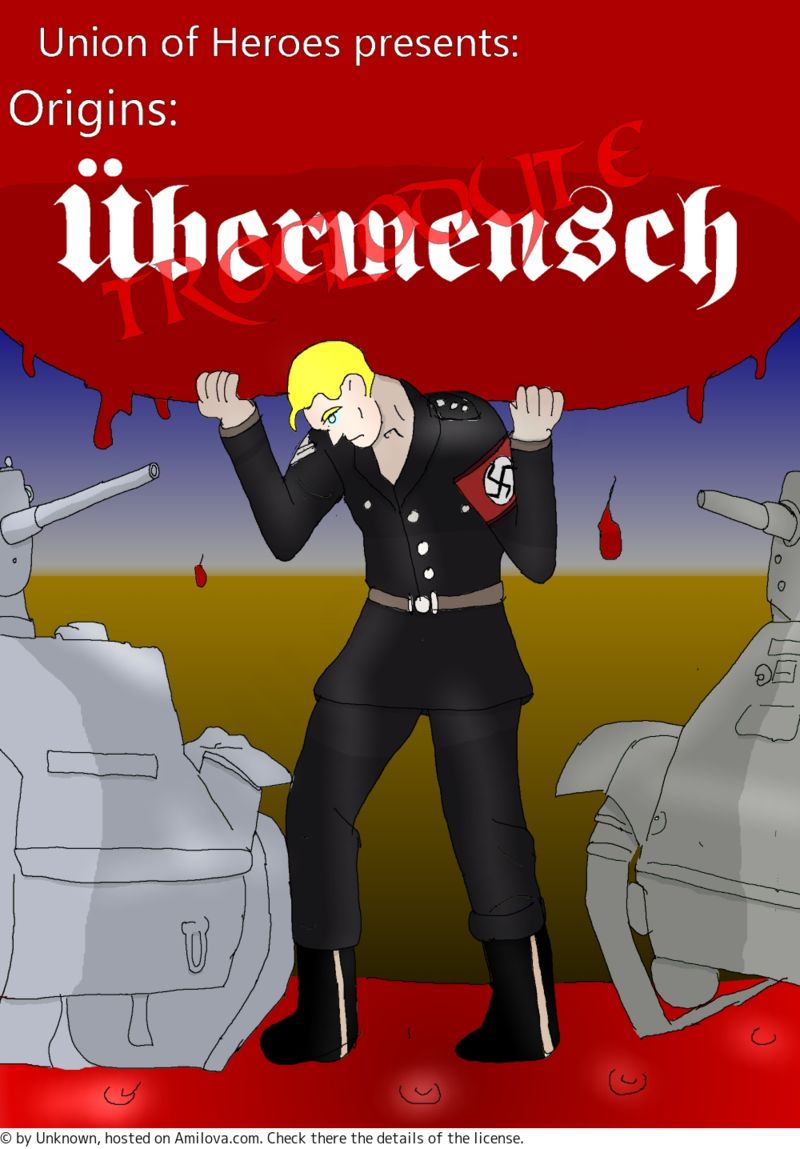 There is no super hero world without Nazi's is there?

The Great War and the economic depression that followed thereafter had weakened Germany.

Hate, confusion and hunger gave rise to the Nazi's.

Adrian Ackerbauer joined the party believing the lies and half-truths .
Thanks to the country’s scientists, he became an Ubermensch. A warrior, defending his country and while he is seen as a hero to the party, the rest world will label him one of the biggest war criminals.