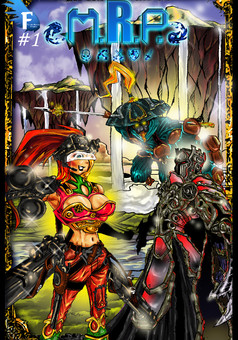 Characters/ Players awaken in an unknown video game world. Their last memory is of different things, some could be driving a car, arguing or skateboarding. fun memories. The world is very mystical and fantasy looking. Floating islands, 2 suns aka magical. All characters aka 2000 people wake up in a town not knowing how they got there or what is going on. All wearing the same low level looking outfits. A level 40 monster appears that eats a few of the players and chases them. They all run and are saved by A "player" who is level 50 and he tells them he is the only survivor of the last group of people that were brought to this world. He tells the new players that they are stuck in a game and that the only way to get out is to kill the "Dark Emperor" or evil force and beat the game.

Average of readers per day: 19