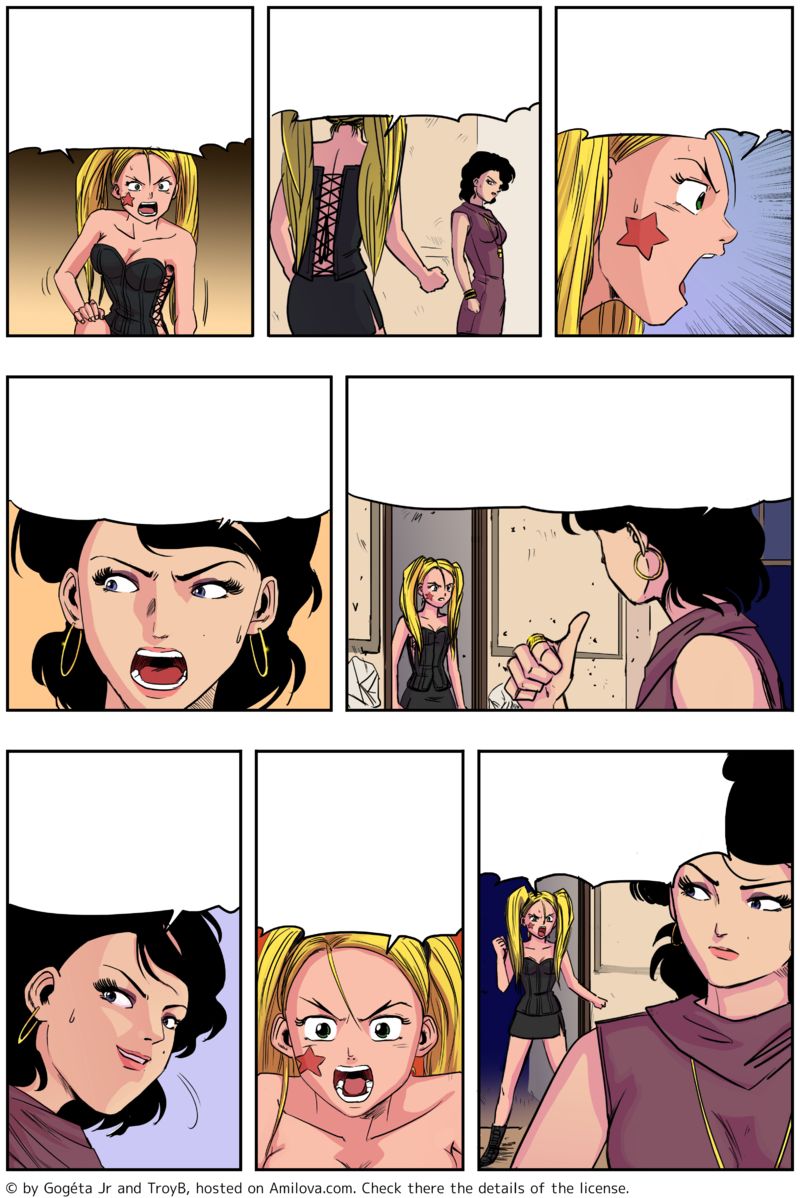 SexySuhi のコメント:That's really cool I enjoy to read both french and english version

Thanks for reading us twice :-D !

very good thank to the team !
I like the whole situation that's crazy, could be a David Lynch scene in "Twin Peaks"... yes I know not so much action in Twin Peaks, still the weirdness could be the style

Lmao wasn't she just fantasizing about killing hundreds of innocents in the air terminal!? Maybe she's got a double personality, a raging evil and murderous side and a pure and merciful one.

wow, amilova sure can give a speech

Even if you think they did something wrong, you're not God or the law, it's not your job to judge them!

If you act like them, you're no better than them! You're as deadly and as much of a criminal as they are!

Seriously, Amilova? I just saved our lives from a lethal situation. Now you're reciting college philosophy at me?

Have you heard of the concept of "self defense?" In case you don't remember, they were trying to kill us. They started this and I defended us. They're not asking themselves stupid questions, and neither am I.

If we survive this attack, maybe I'll take some time to think about the consequences of my actions on my karma and on society at large.

At least stop pretending you feel fine about killing people. Even if they've made bad choices, nothing justifies the death of a human being.

Anyway, you know that with your phenominal powers, you could easily save them!

"did you heard about the..." that doesnt sound right i think the translation is off