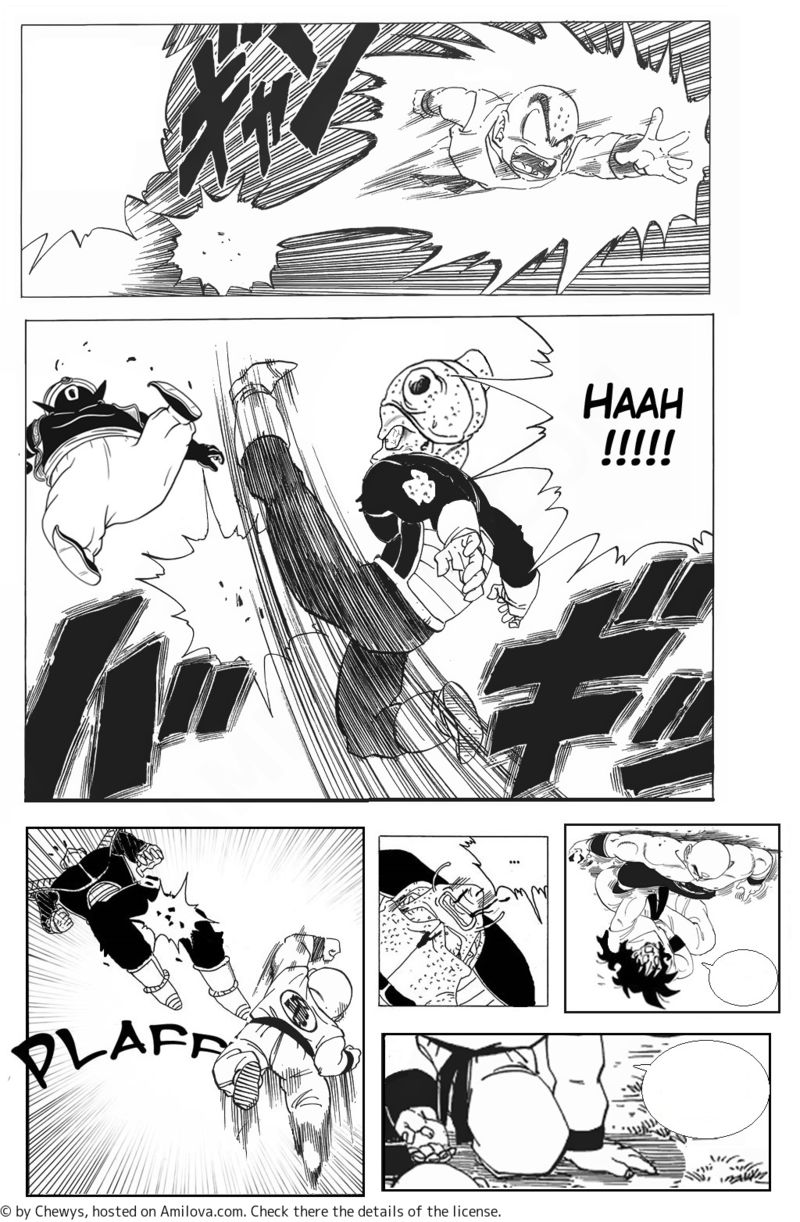 Damn it Yamcha! Be discreet when you give people magical medicine!
You might as well shout "attack me" at Kiwi.
Or worse, Kiwi could try to steal them from you.

Kami is going to sew his mouth shut when this is over.

Kiwi must have felt it.
But this is far from over I guess... maybe a triple kaioh ken can put an end to the fight, but only if someone is strong enough to perform it.

The Z-Fighters have been doing fairly well so far. They have dealt a good bit of damage to Kiwi, with only one man down currently (Tien).

While they’re still outclassed individually, Kaioken x2 helps boost them enough to lessen the power gap between Kiwi and still manage to maintain their stamina and not damage their bodies further.

The fact they have the advantage in numbers shows that the Z-Fighters are doing well despite being weaker than Goku was in canon. Poor Goku had to fight Vegeta all by himself and use Kaioken x4, wrecking his stamina as well as his body. I don’t think the will happen here!

They are faring much better than they did against Raditz, who was nearly 4 times stronger than everyone. Kiwi is only 1.5 times stronger with them at a PL of 12,000.

You’re right though, since they still have Vegeta to contend with.

This is basically a dungeon instance fight.