Publish your comic
Share your comic
with 128136 members!
Learn more... 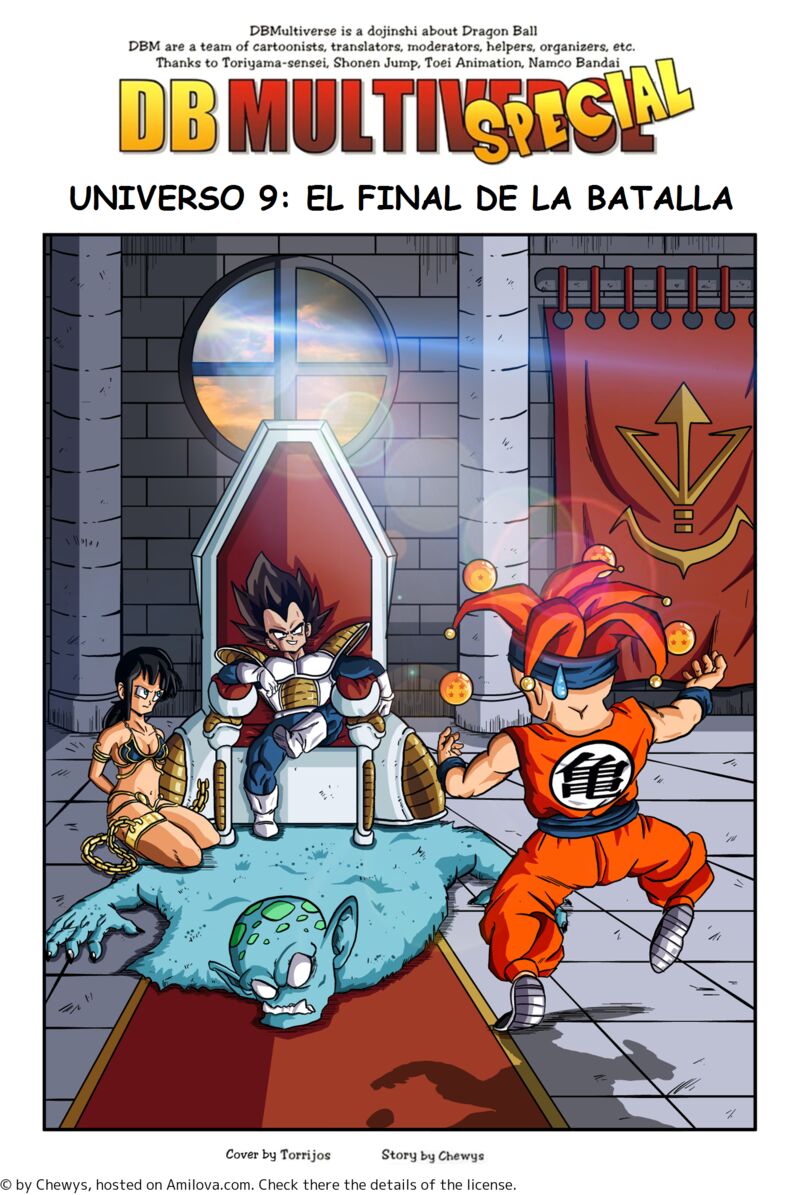 This cover was commissioned to the great Torrijos!! Kobun98!!

If you want to check more of his art, show your support or read his comic "Freezer on Earth"

If Vegeta somehow makes it out of this alive, I'll be shocked. But honestly... no, I'll save it 'til after this chapter is done. It's been a long journey, time to see how it ends!

I'm assuming this cover page doesn't necessarily reflect the final outcome of the battle as I'm not sure if Vegeta even has a chance to still win after his tail has been cut off. Also if he won, I wonder how our heroes would even turn things around to eventually defeat him later, so they could still the ultimate victors of this Universe as we know the to be thanks to their presence in the DBM tournament.

As for the cover page itself, I love the Star Wars Slave Leia reference here with Slave Chi-Chi and since Goku doesn't exist in this Universe, Jester Krillin is a good close second for being Vegeta's jester. Oh and the Haarp rug is both funny and classy.