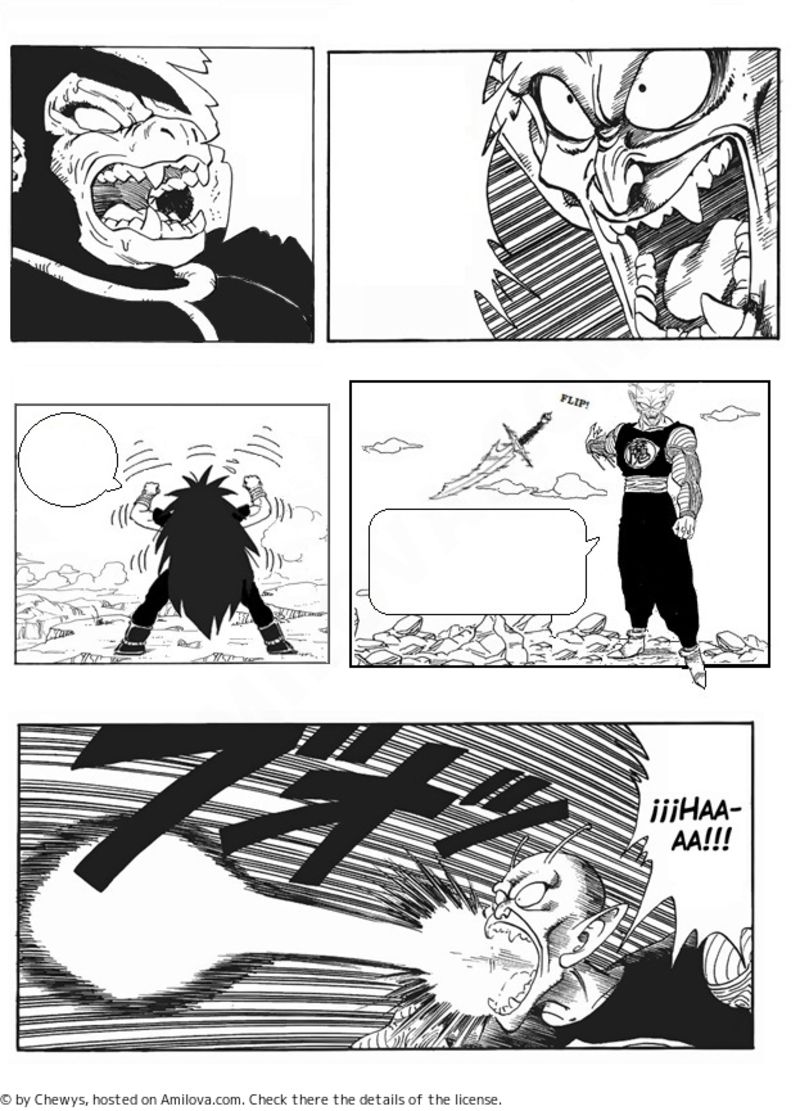 what does glandule mean? why does he trow away sword there is a 2nd saiya-jin oozaru

There is a huge hole in your theory http://www.amilova.com/en/comi...in-goku/chapter-11/page-7.html

I think he means why he doesn't just cut the tail of the dead oozaru to "take out the trash"/vaporize him as well. But then again Piccilo Diamao could just create another sword.

i didn't make a theory, but do you think he died with that shot? saiya-jin's have survived worse things than a shot through the stomach

Glandule is glandule, take a look in Google to see what it is, but what I can tell you here, is what make a chemical reaction in the tail to transform into a oozaru

that is blutz rays that transforms them into oozaru's. is glandule some language translation of that word?

No, is just something between the process, I mean:


And by the your answer you give to Ouroboros. Most saiyans died with a perforation by a shot through the chest. Like Raditz, Goku and Vegeta (Killed by Frieza). And if you think a shot through stomach make a lot of diference, and survived I don't think he is in condition to keep fighting, after all that shot did penetrated him, is not the typical superficial damage that most saiyans survive and continue fighting. Believe me, dead or alive, he is finished.

even after a shot through heart they where still able 2 talk and move for a few min . don't forget saiya-jins r a lot more durable than humans. the shot through stomach he should still live and able 2 fight, less good, but still able

Until now I don't remenber any scene in DBZ about a saiya-jin fighting back after a perforation in the stomach, only Goku in DBS did something like that fighthing against Zamasu and Black, but yeah that is Goku SSJblue in my opinion doesnt count, not becasue is DBS, is just because that Goku is in a supreme god level, he become something far superior than any saiyan-jin.

And by the way Toma, even in his oozaru form is too weak for king Piccolo. Gerking was the elite guy who give Piccolo a lot of trouble, and in his oozaru form become stronger than Piccolo. But Toma, an ordinary saiyajin, he is not match for Piccolo who must be twice or maybe 3 times stronger than Toma oozaru, what i mean even if that shot don't pierce Toma's stomach, still is an attack from someone a lot more stronger than him, and many saiyans died in a second or become not able to fight after an a simple attack from someone who is a lot more stronger. And the diference between Toma's oozaru and Piccolo is big.

if characters can survive a shot through heart for a few minutes than a stomachs shot should be easier 2 survive longer, plus it is a DB trope that someone of the enemy team (usually a weaker character) survived till end, while everyone forgot him and tries and fails 2 do a surprise attack

Survive is not the same as keep fighting.And still, Toma is too weak for Piccolo, he dont need to vaporized him, cut his head out or pierce his body to kill him, just a simple attack is enaugh. And without ofense, I thinking you are the only one here who was expecting to see Toma keep fighting after that

By the way now I Remenber a secene where a saiyajin with his stomach pierced, and is the scene when Vegeta let Krilin attack him expecting to Dende heal him to get a zenkai in Frieza saga. But as you can see Vegeta yeah he didn't die but he was not able to fight at all. And Vegeta is a lot more superior than Toma. That is why is kind of useless the theory about Toma been still in condition to fight.

logical/canon speaking he should still be able 2 fight, but less good

Hello, Chewys. The novelization page that states that the U9 team knew Cold and Coola is P.61, in the paragraph right below the picture of Videl with the sword.

Well, well, totally forgot about that!! I only payed attention to Krillin stating "Coola´s empire" and thought he was the only Frost Demon they had met. Bummer!

Either way, this only makes me more enthusiastic of how Salagir will resolve this Universes

Thanks for the data!!!