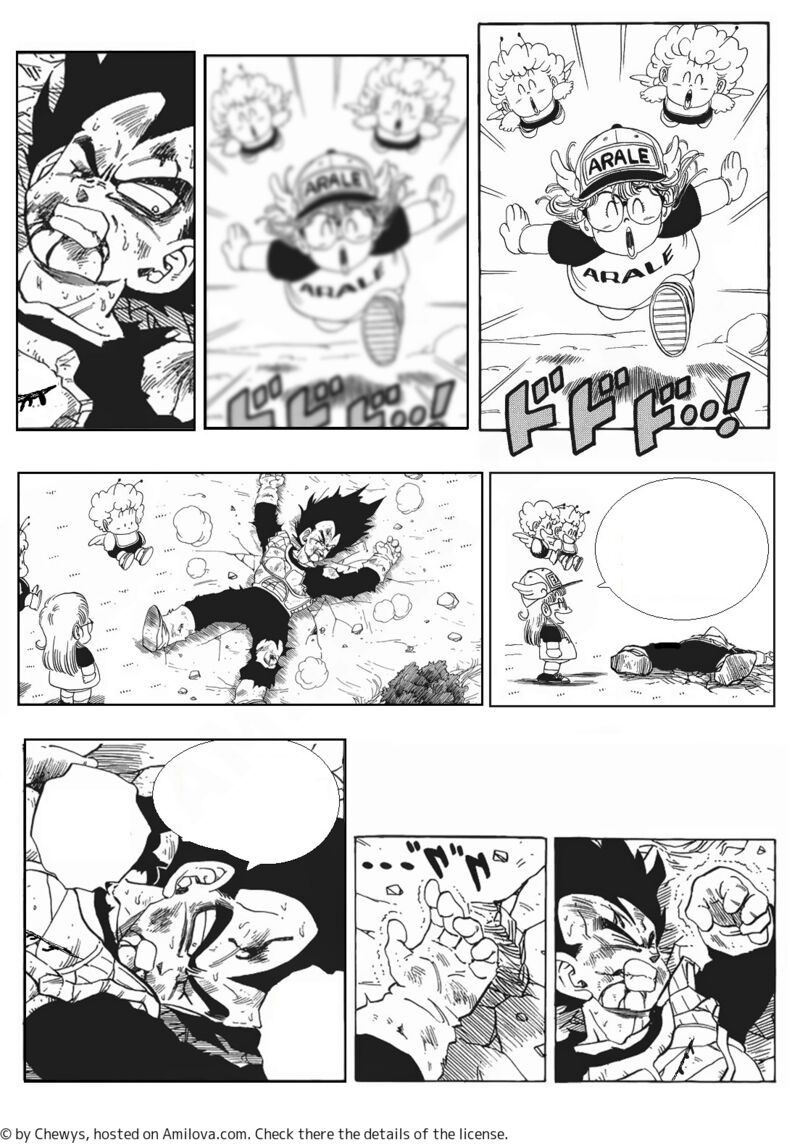 Is... he going to kill himself? I mean that'd be kinda dark but I could understand it i guess. Freeza had something similar only he was in hell at the time so death couldn't save him.

This train of thought is weird...

Beaten 3 times in the same day, the first time by a cheap shot attack from Kiwi, and the other 2 times by opponents initially weaker than him, who had to team up just to stand any chance, and with androids involved on top of it. He was forced to go Oozaru not once, but twice and still lost. Vegeta's body, although battered, will recover (if he doesn't die beforehand), though his pride may take a hell of a lot longer to recover (if at all), and now he has to deal with manga gag character Arale on top of it, who's a robot herself. Death doesn't seem like a bad option at this point.