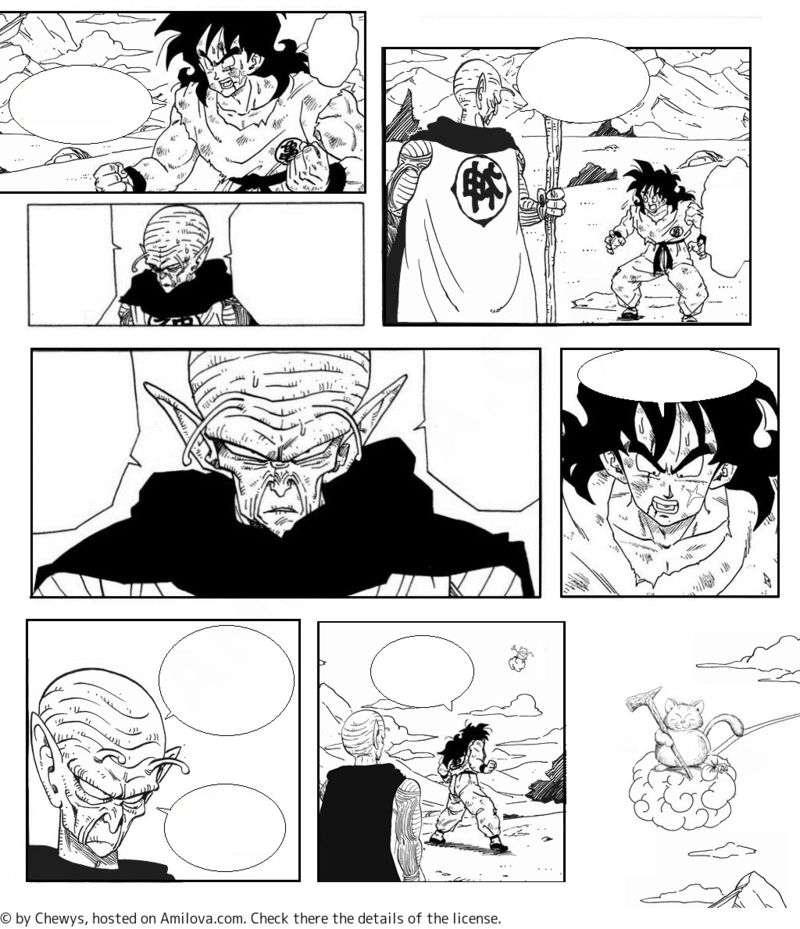 I actually think it makes sense if we assume all DB characters have the Japanese cultural drive to respect people as much as you possibly can seeing as DB is Japanese comic in the source material and therefore Toriyama would have it's characters follow basic Japanese etiquette. Sure Roshi isn't Kami's teacher, but Master is like a title of Roshi that is I'm assuming a short version of Martial Arts Master. So it's kinda like calling the President of the United States (POTUS), President Trump, because you are respecting his role as POTUS. Kami in the same sense is calling Roshi, Master Roshi, because he's respecting Roshi's role as a Master Martial Artist who is so skilled in the Martial Arts that he teaches others the martial arts as an instructor.

(I know politics is a subject many try to avoid discussing, so I won't bring my political view into this comparison and I'd appreciate it you also did the same for both our sakes and the sakes of everyone by keeping political shitstorm discussions out of this great fan comic's Comments Section)

I think Kami is saying this out of respect for Roshi and his contributions to raising the current generation of Earth's heroes.
He said this to Master Roshi in the manga as well, addressing how Goku's character had been influenced by the Turtle Hermit when he spared Piccolo Jr.

Korin is here, and Master Roshi is alive! I can't wait to see what Kami's plan is (besides taking Krillin and Tien to King Yemma's office)

With Yamcha, Roshi and Kami being the only Z-Fighters left on Earth, they really won't pose much of a chance against even Nappa.

"Together with us and all the Earthlings... As things stand now, the Earth has no future." is a very interesting line.

That gave me an idea of what will come next. While Krillin and Tien train with King Kai, Yamcha and Roshi will be be busy recruiting more fighters to join them and train for the upcoming battle against the two Saiyans.

Kami has already seen and felt the potential of Mr. Satan, so he would be a great ally if he was able to train with them. Yajirobe is also a possible candidate too, and would likely play a vital role in cutting off Vegeta's tail, assuming the battle plays out the similarly to the manga. Yamcha's son Trunks could also play a role, and it would be great to see him training with his father, sort of like how Piccolo trained Gohan. It could be how Trunks meets Videl later on, especially if Mr. Satan joined in and became friends with Yamcha!

I agree with you on your points.
Now let's see what is the plan of Kami-Sama to defeat the Sayajins, the force only by not being able to defeat the evil monkeys, has to have a balanced strategy, not to mention that the Sayajans will not be waiting for anyone. Will only the Sayajins aliens really come? This is a doubt!

Before we can imagine the Terran fighting the Sayajins, we also have to see if alone and only the Sayajins will come to Earth, who knows if other alien members of the Cooler Force will help Napa and Vegeta in their invasion?

In this situation, the numbers will be very necessary, Kami-Sama will have to recruit more fighters, he will also have to mentally prepare the humans, I hope that the impact of the situation puts them at stake, and this will be explored in this story.

Well, Kami-sama has among men to fight for the land; Yamcha, Yajirobe, King Chapa, Muten Roshi [Master Kame], Nam, Pamput and Hercules] [Mr. Satan, that is, seven (7). Of the women to add weight to the team we have Ranfan, maybe Lunch (she did not appear in this universe 9, and, that is all and possible) and with them we have two (2) or one (1), it depends on the author. As reinforcement we have Tenchiran, Kuririn and Señor Popo, in addition to three (3) fighters. Who will train with Lord North Kaioh. If I'm not mistaken, only Grandpa Gohan and Chaos can't resurrect, right?

TotalmentoTulio ha dicho:I agree with you on your points.
Now let's see what Kami-Sama's plan to defeat the Sayajins, strength only by not being able to defeat the evil monkeys, has to have a balanced strategy, not to mention that the Sayajans won't be waiting for anyone. Will only really come the alien Sayajins? This is a doubt! Who knows if other alien Cooler Force members will help Napa and Vegeta in their invasion?

In this situation the numbers will be well needed, Kami-Sama will have to recruit more fighters, he will also have to mentally prepare the humans, I hope the shock of the situation puts weight on them, and this will be explored in this story.

Who will be in training with Lord North Kaioh. If I'm not mistaken, only Grandpa Gohan and Chaos can't be resurrected right ?!

That's a plausible statement about the Saiyans not not expecting anyone, at least anyone powerful enough to challenge them. Vegeta and Nappa were primarily concerned with only Goku being revived and becoming stronger in canon, since he was a Saiyan.
Vegeta did expect to meet some resistance on Earth, but not a highly trained and coordinated group of fighters.
He was even mildly surprised when his scouter picked up Piccolo, Gohan and Krillin all standing together and surmised that they were waiting for him and Nappa.

That would be really interesting if the Saiyans brought some extra backup with them, but I 'm not sure if they actually would. Vegeta wanted to keep the whole operation with Earth a secret in canon, since he didn't want to attract the attention of Frieza; especially with the knowledge of a fourth Saiyan and Earth's Dragon Balls.
Maybe Cooler will be a lot more lenient with the Saiyans than Frieza was, as he never had prior jurisdiction over them or had prior knowledge of the Super Saiyan legend.

I also think it is really great storytelling for the Earthlings to have to work together in order to overcome powerful threats. They pretty much have to, since they have no superpowered alien savior like Goku to pull them out of dire situations.

And yes, Gohan and Chiaotzu cannot be resurrected with Kami's Dragon Balls

They already died once (to King Piccolo) and were wished back once already by Shenron. The only way they can be revived now is for the other Z-Warriors to travel to Namek and use Porunga to wish them back, or possibly find another Namekian to recreate a new set of Earth Dragon Balls and upgrade Shenron's capabilities.

EDIT: We know from the DBM webcomic that Krillin and Tien both know the Kaioken from King Kai, but things will get even more interesting if they learn the Spirit Bomb! That would be an incredibly handy technique for not only Vegeta, but for future threats to come, like Cooler, or Babidi and Dabura.

Dragonballs can't bring back someone who's been dead for over a year. Since they will continue to train waiting for Vegeta and Nappa to arrive in 11 years. Those who can't be brought back with earth's Dragon Balls will stay dead.

Really the Terrans will need strategy in the fights to come, and well even if they learn other techniques from King Kaioh of the North besides the Kaioken, the Spiritual Bomb will be very necessary, but I want to see the human Z Warriors developing new techniques like the Classic DB, and tweaking their current ones, they have to do it to be able to win and live. What I find wonderful because you don't know what's going to happen, it brings excitement and unpredictability to the story, which makes it superior to the canonical universe of DB.

Now it's really going to be incredibly complicated for them to face the threats of the Cooler-led Cold Demons (yes, there are more than one Cold Demon in Universe 9, probably a dozen), and then Babidi and his strongest henchman, Dabura. And I can't imagine how many evil-hearted Earthlings will be turned into Majins (this will be very interesting IF it happens), I have a theory / idea that Garlic Jr will appear on Earth at the same time as Sorcerer Babidi, that would be epic.

But their last enemy may be the God of Destruction Beerus][Bills.

This would explain and introduce the battles between the universes, such as the fight of Beerus][Bills and his brother Champa][Shanpa for the right of ownership of the still living PLANET EARTH, in which the Beerus][Bills loses the dispute and the Dragon Super Spheres are used to swap the Universe Earth to another.

Or that doesn't happen as in the anime DBS, but introduces new enemies to the Universe 9 Warriors Z, as well as the battle for Multiversal survival that was set up by Zen'oh [where the Beerus][Bills ends up] being forced to train a group of warriors to defend their universe [ok, I know I traveled a lot but, and an interesting idea].

NOTE: I do not know who replaced the current Kami-Sama of the Namekuseijin race which was divided into two good and evil parts. Has anything been confirmed in DBM about who replaces him or is he still alive?

I wonder if Harp will become one of the Z-fighters. Since he only died once, and was killed by Raditz along with some of the others, it's safe to assume he will be revived in the wish that revives some of the others.

Now we get to the biggest challenge of U9, the power gaps