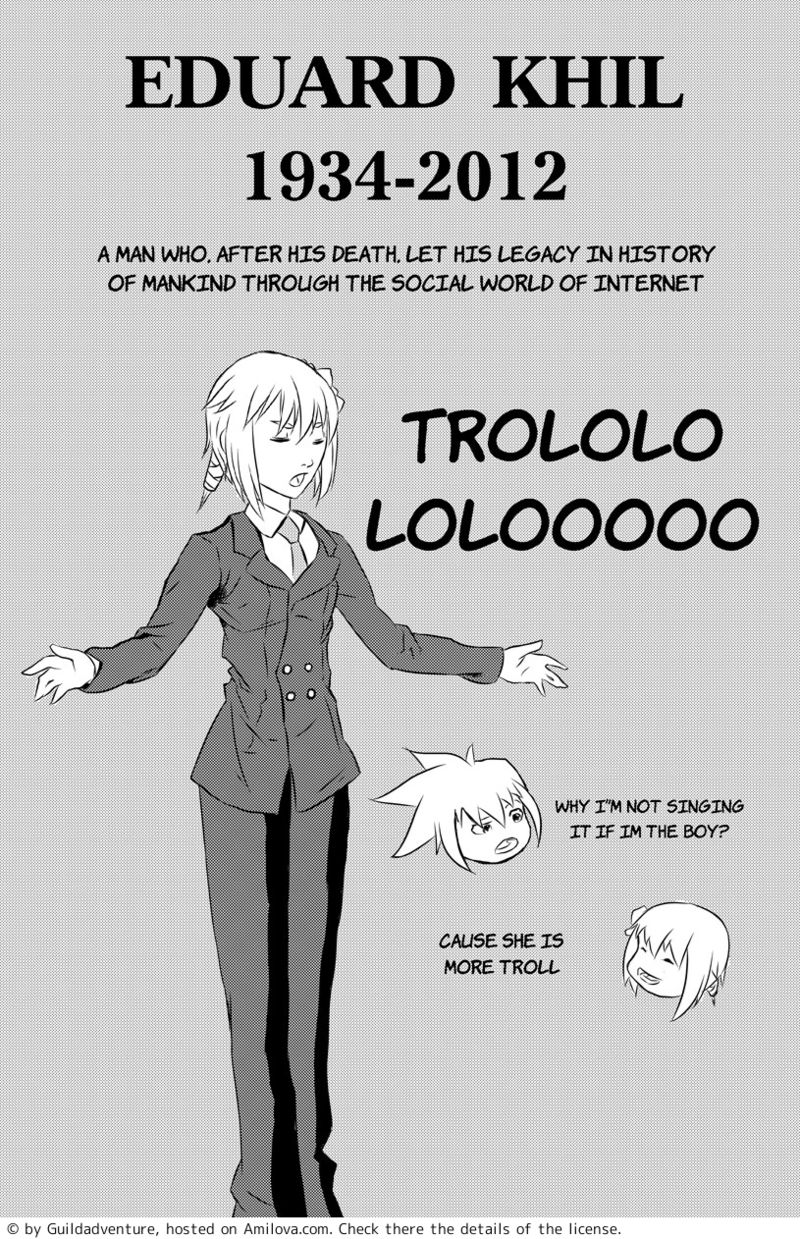 Eduard Khil, more knows as "trololo man" have died with 77 years. To any who don't know him, he's the singer of the song "im so happy to be finally back home", more known as "trololo" youtube.com/watch?v=1orMXD_Ijbs

This man have looked allways interesting to me for some reasons, that become relevant with his death. To begin with is someone who have achieved his wish decades after trying to get it, little time before his death.

Eduard Khil singed that song in an age with many political tensions, with the intention of uniting all people from all countrys, making it with no lyric so it could be singed everywhere. In those days the song didn't seems to be succesful beyond rusia, until 2 or 3 years ago someone put it in the internet, and it quickly became one of the bigger viral hits of the internet history, with thousands of videos, memes, jokes, etc, and its singed in all countrys, getting laughts from all people no matter their race, as he allways wanted.

Trololo have become a simbol for what we could call Positive trolling, when someone do a friendly trolling with no offensive intention (not like a real troll), one example will be when in videogames you kill someone in some funny way or escape an imposible situation, and you write in chat "trololo".

Eduard looked like he was going to die without his wish becoming true, but it happened just a few years before his death, and example than a dream can be acomplished no matter the age and how many times you have failed before.

I think it's relevant too because he will be probably the first person in putting his name in history not for a clasic music song, or an invention or winning a contest, but for something funny extended by the internet social media via viral videos, etc, i think that show us how the world have changed in so little time and how relevant is internet today.

I had allways plans in using "trololo" jokes in Guild Adventure, so i think the least i can do is a small homenage, even if its only a quick drawing.