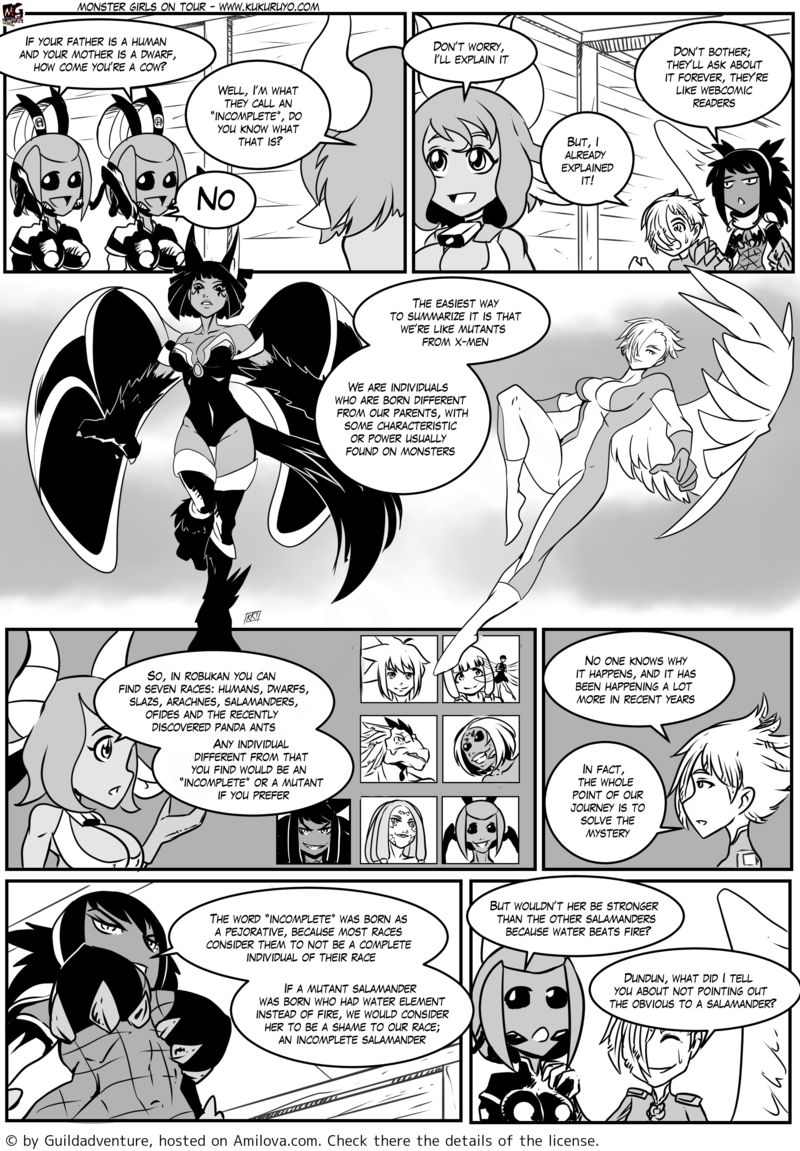 If there’s one thing i regret doing in the world of Robukan is the concept of Incompletes. Their existance is the cornerstone from which most of the background and storys come from, because i use them to talk about race relationships and racism, but people seem to have a hard time understanding the concept. Probably the problem comes from people being used to this creatures being “races”. No matter how many times i would try to explain that “Lamia” is just an individual creature (Because that’s what she was in the original greek tale), readers are used to see lamias represented as a race, and they just see her, or Minotaur, Succubus, etc, as individuals from that race. The fact that those characters names are literally “lamia” or “minotaur” seems to escape peoples perception XD. Anyways i hope this helps because i will play a lot more with Incompletes in the future, but i’m sure i’ll have to repeat this explanation at some point.