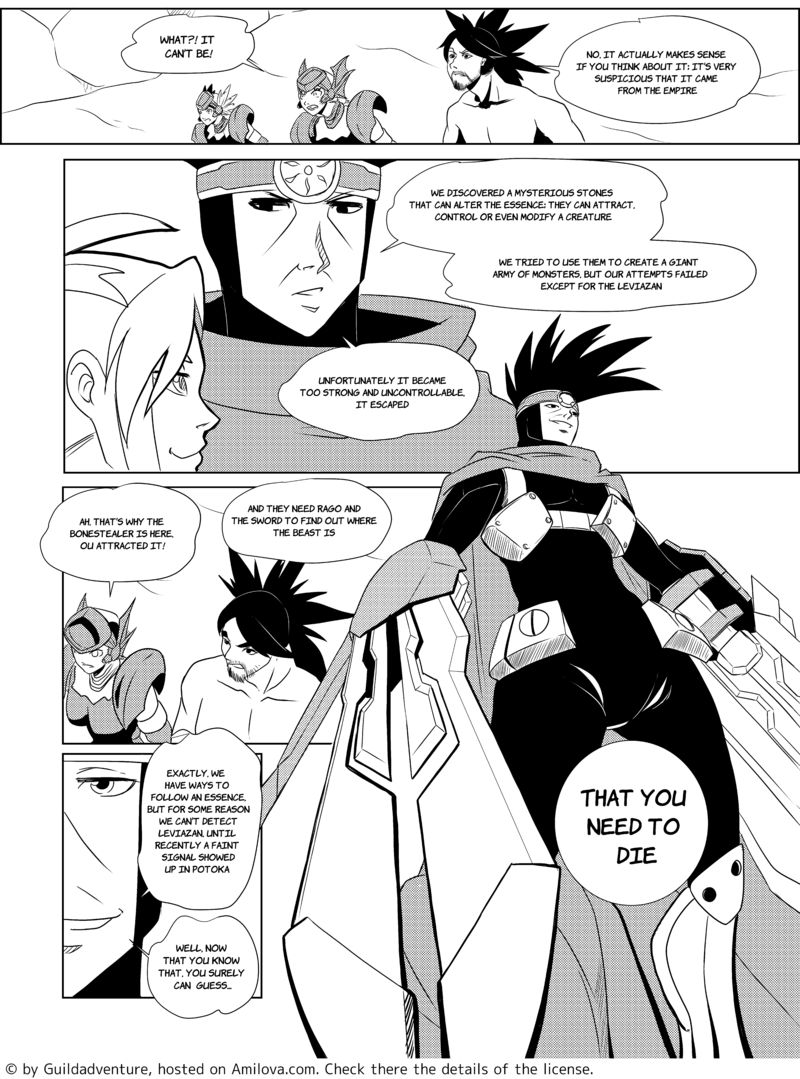 What?! It can't be!
No, it actually makes sense if you think about it: it's very suspicious that it came from the Empire.
We discovered a mysterious stones that can alter the essence: they can attract, control or even modify a creature.
We tried to use them to create a giant army of monsters, but our attempts failed except for the leviazan.
Unfortunately it became too strong and uncontrollable it escaped.
Ah, that's why the bone-stealer is here or attracted it!
And they need Rago and the sword to find out where the beast is.
Exactly, we have ways to follow an essence, but for some reason we can't detect Leviazan a faint signal showed up in Potoka.
Well, now that you know that, you surely can guess...
That you need to die.
1805 visitas
comentarios