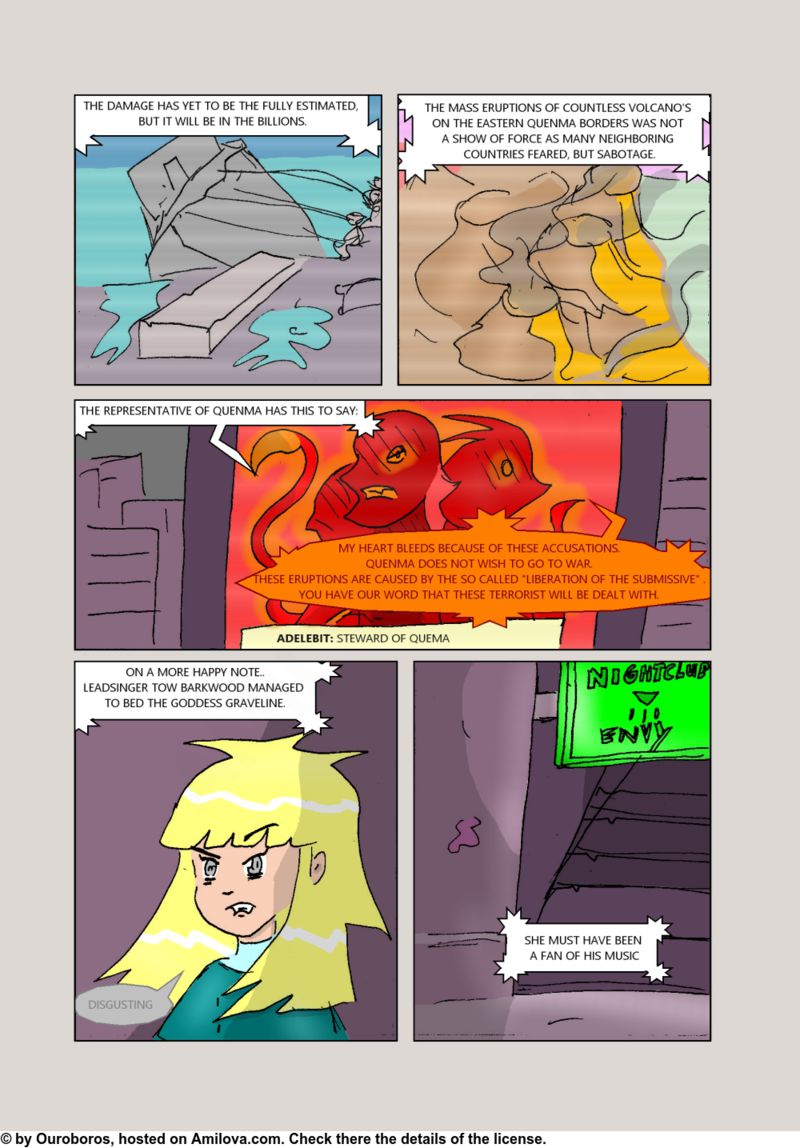 The damage has yet to be the fully estimated. But it is believed damage will be around the billions.
The mass eruptions of countless volcano's on the eastern Quenma borders.
Was not a show of force as many neighboring countries feared, but sabotage.
The highest representatives of Quenma has this to say.
My heart bleeds by these accusations.
Quenma does not wish a war.
These eruptions are caused by the so called "Liberation of the Submissive".
You have our word that these terrorist will be dealed with.
ADELEBIT: Steward of Quema
On a more happy note..
Leadsinger Tow Barkwood managed to bed the goddess Graveline.
She must have been a fan of his music
Disgusting
641 vues
commentaires