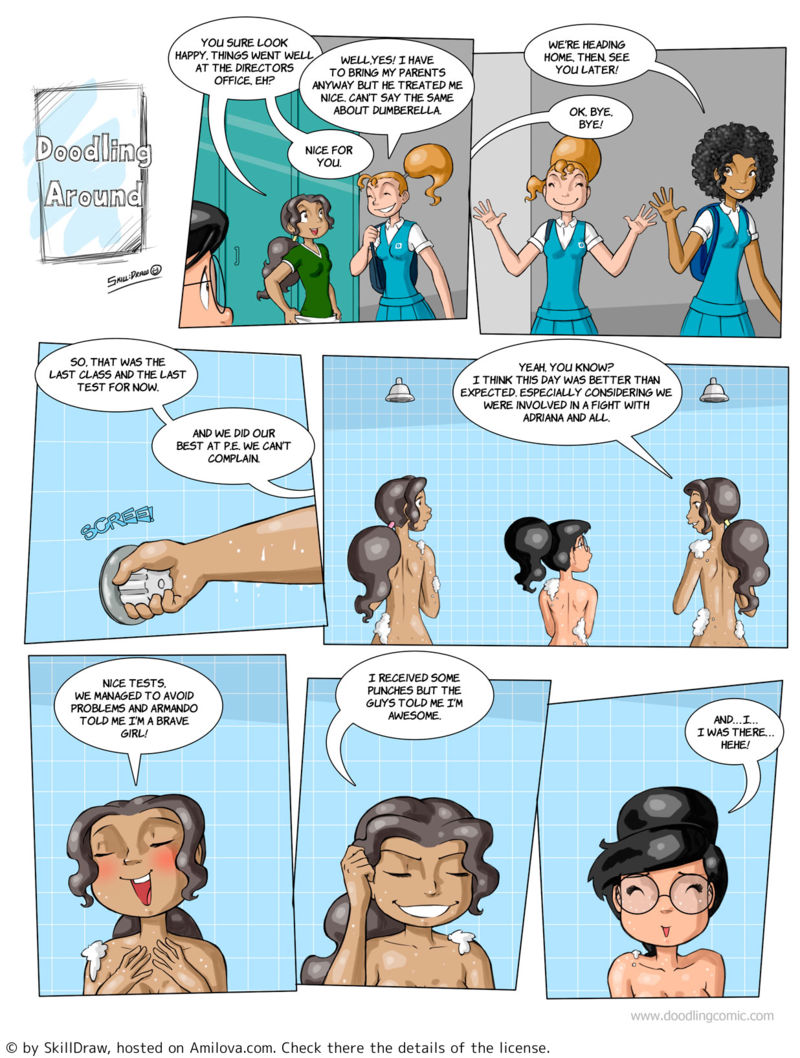 You sure look happy. Things went well at the directors office, eh?
Well, yes! I have to bring my parents anyway but he treated me nice, can't say the same about Dumberella.
Nice for you.
We're heading home. Then see you later!
OK, bye bye!
So, that was the last class and the last test for now.
And we did our best at P.E. we can't complain.
Yeah, you know? I think this day was better than expected, especially considering we were involved in a fight with Adriana and all.
Nice tests. We managed to avoid problems and Armando told me I'm a brave girl!
I received some punches but the guys told me I'm awesome.
And... I... I was there... Hehe!
1777 vues
2 commentaires

She was there... cute

. It's a rare non-erotic shower scene