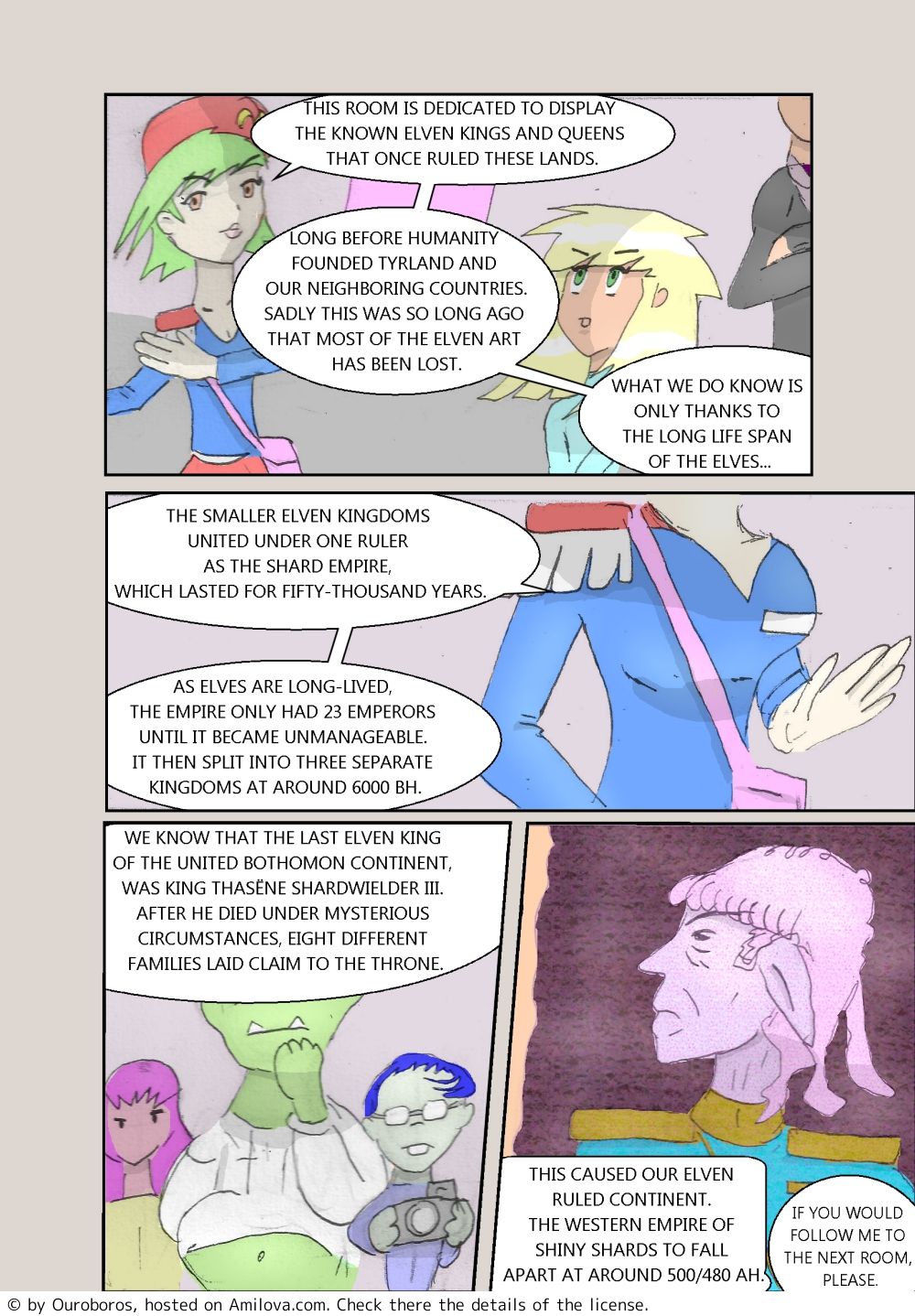 This room is dedicated to display the known elven kings and queens that once ruled these lands.
Long before humanity founded Tyrland and our neighboring countries.
sadly this was so long ago that most of the elven art has been lost.
What we do know is only thanks to the long life span of the elves...
The smaller elven kingdoms united under one ruler as the shard empire, which lasted for fifty-thousand years.
As elves are long-lived, the empire only had 23 emperors until it became unmanageable.
It then split into three separate kingdoms at around 6000 bh.
We know that the last elven king of the united Bothomon continent,
was king Thasëne Shardwielder III.
After he died under mysterious
circumstances, eight different
families laid claim to the throne.
This caused our elven ruled continent.
the western empire of shiny shards to fall apart at around 500/480 AH.
If you would follow me to the next room, please.