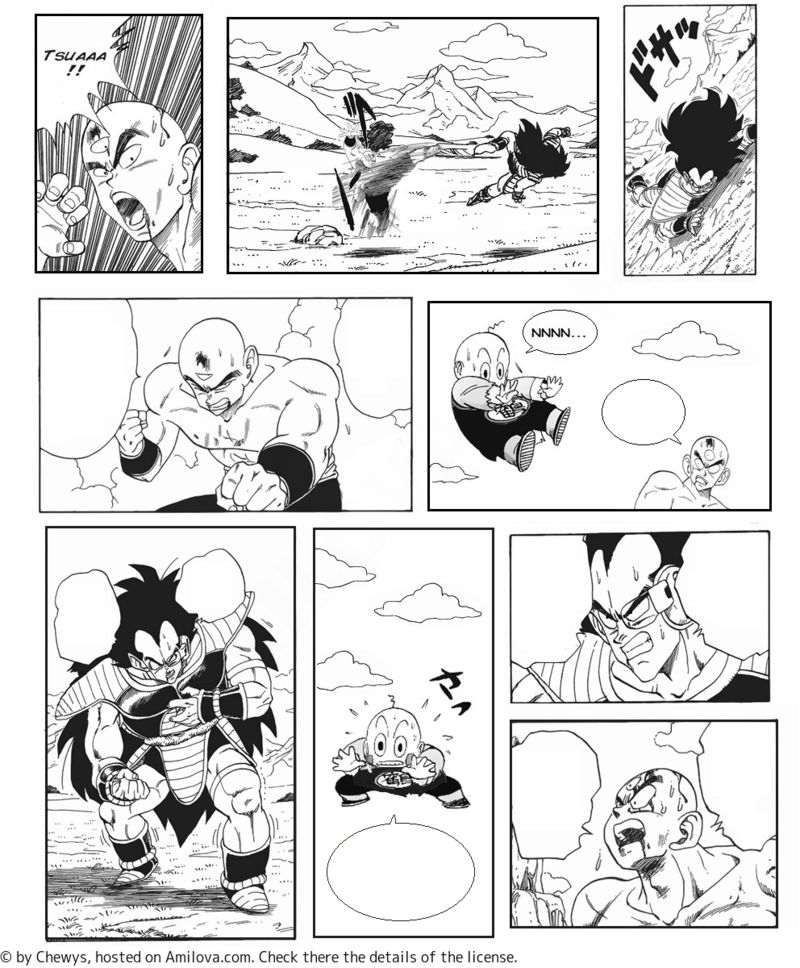 Also the universe 9 special! If anything, I would like to see Cooler become emperor of the universe! That was a genius idea! Being a fan of this comic I can't wait!!

Yay! They make such a great team! Knew Chiaotzu was holding him. Loving this special Chewys!

Again relatively easier fight since earth fighters in this universe have experience teaming up against stronger opponents.

Nice save, Chiaotzu! Though unfortunately, Raditz caught on to your little scheme even faster than King Piccolo did. It has to be those Saiyan genes that helps them adapt to an opponent's fighting style the longer they are in combat. Even a low-class Saiyan like Raditz has that trait! Nice!

Tien got some great hits in, but it looks like the scales are about to weigh in Raditz's favor again. Tien may not have time to charge a Kikoho, but he could always use the Solar Flare, or the Multi-Form Technique to catch Raditz off balance and buy some time for the rest of the Z-Fighters to arrive.

Though honestly, I have been rooting for Raditz this entire time, as cruel as that sounds.

I like seeing our heroes struggle against a stronger foe, instead of just steamrolling over him like Goku does!
Tien had a lot of the spotlight during the battle against King Piccolo, and later on when he fought both Banjo and Haarp. I would like to see Krillin or Yamcha be the one to get the win this time!

I'm rooting for Raditz too

Chewys what are your thoughts on the Universe 9 special? Especially since Salagir said your iteration is similar to his. Are you excited to see the similarities and differences?