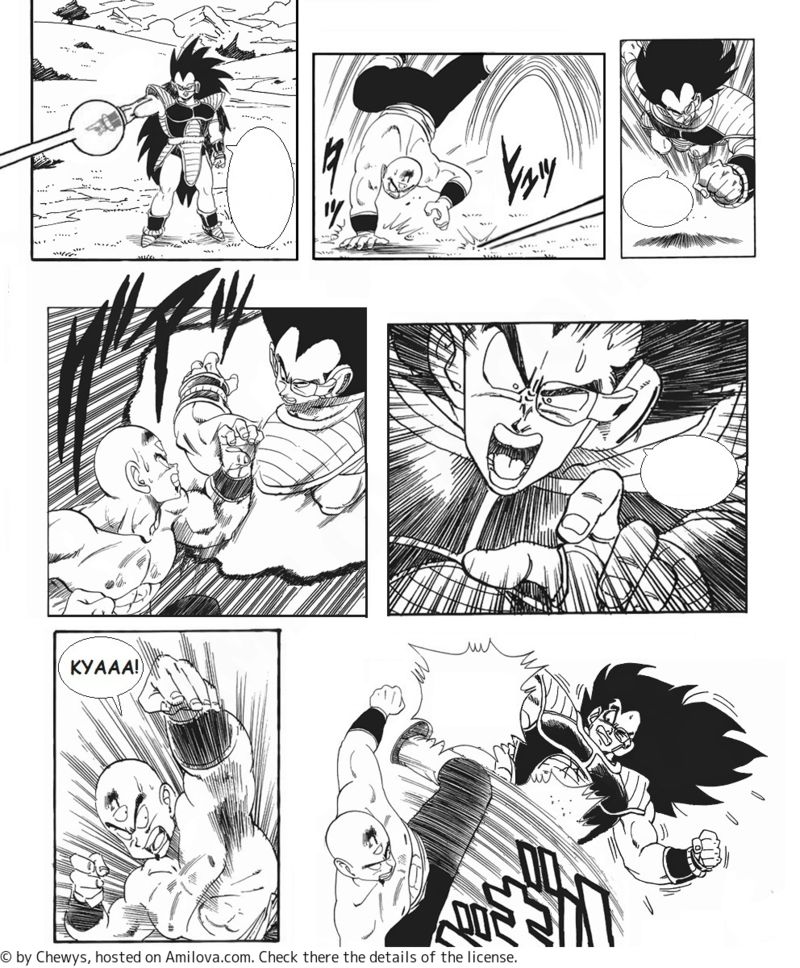 To quote an old friend: "Power Levels are bullshit!"

Is that a crack I see in Raditz's armor? Way to go Tien!!!

Whoa, Tien is actually holding his own for once? Incredible! I was hoping that he would be saved by the other Z-Fighters, but I guess Tien is the star of the show in this universe (and Chewys' favorite DB character).

Though I do think he will not be able to fully overpower Raditz. The Saiyan did not even seem impressed about Chiaotzu being able to raise his power level, but was shocked in canon when Goku's power rose to charge a Super Kamehameha and Piccolo with a Makankosappo. Maybe since Cooler took over the Planet Trade Organization, Raditz and the other Saiyans were forced to become a bit stronger, with Raditz included?
Maybe he just wasn't impressed because it's only Chiaotzu

I think this is only the beginning, since Krillin and Yamcha haven't even shown up yet.

OOh is Chiaotzu doing paralyze on him?? Go Z Team!

And it makes sense in a way - if they are about to face Vegeta quite soon and have a decent chance against him they should be all above Raditz by now...

We'll have to see how close DBM U9 is to Chewy's version. Salagir had officially said that it was very similar to his version, but also said he might have to make changes to his version because of that.

It seems you have some competition, Chewys! Salagir is finally publishing the official DBM Universe 9 Special. I hope he didn't steal too many ideas from you, or vice versa!

All jokes aside, I am super excited to see how his version compares with yours.

Yep, Salagir had said this was probably the next special. I'm glad, i've been impacient (in fact so much that i started this :P)