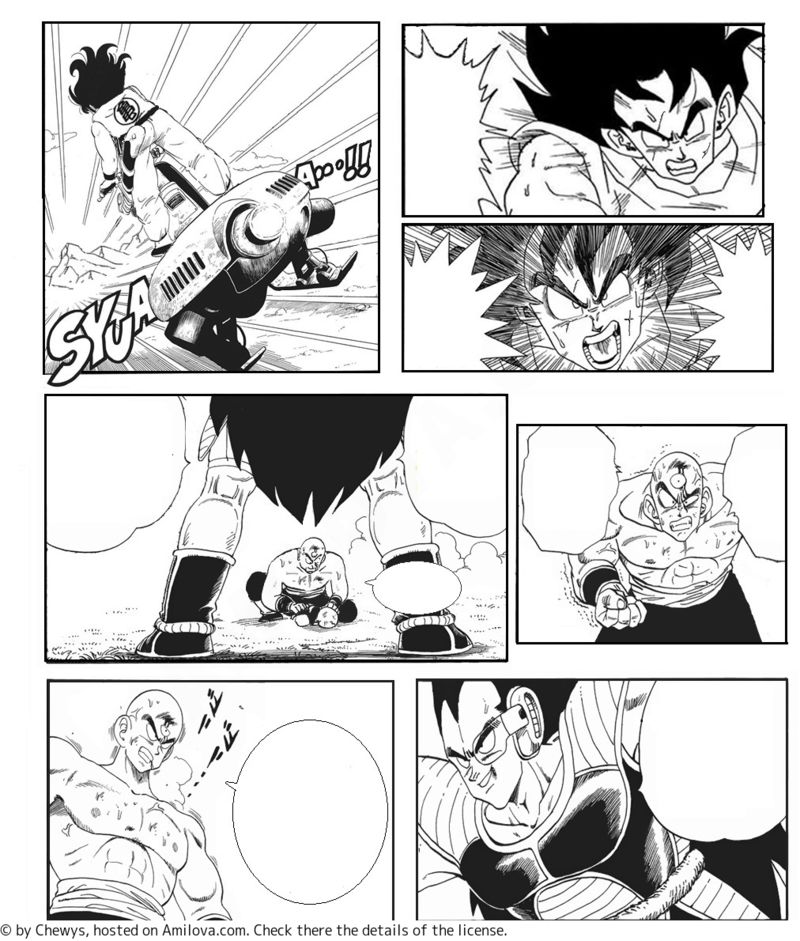 I agree with this. It's just how Saiyan conditioning is really.

Well, in fact that's why Raditz in U13 and in last chapter didn't tell Yamcha who he was: he thought Yamcha was about to die so it was pointless to introduce.

But now he's feeling amused by Tien, he acknowledges him as a fighter and so he is willing to let him know who he is.

Raditz is anything but honorable, but he IS a saiyan and knows how to thank a little excitment.

Uh oh, Raditz is going to pull a Cell and gloat on his victory over Tien! It's just going to play right into Tien's favor, just like it did with Piccolo's in the Cell Saga. However Yamcha, you can there much faster by flying!

Like Chewys said, Saiyans might be brutish warriors, but they still give a strong opponent an honorable death if they feel it is appropriate. Raditz was planning to do that to Gohan in DBZ, after being headbutted by him. As for dishonorable, that title would go to Nappa. He toyed around with the Z-Fighters at every step of the way, up until Gohan kicked him in the face and insulted him.

Even Vegeta was keen to pause the battle between Nappa and Piccolo, Gohan and Krillin to wait 3 hours for Goku to arrive.

Yamcha doesn't fly that fast yet. His modified slider is much faster (kinda like the modified bike of the police man).

Finally Salagir's U9 story begins. Can't wait to see how different it is from yours after his changes that he probably made to make it more different than yours like he said he'd do.